Recently the publisher for the long awaited Metro Exodus, Deep Silver has announced that its PC release will be exclusive for one year to the Epic Games Store, as part of an agreement between the publisher and the Fortnite developer, Epic Games.

I, like many other gamers out there, were not happy. Even for those of us who had pre-ordered the game long before its actual release on February 15, 2019, this was akin to a rug being pulled right under our feet. At least both Deep Silver and Steam are gracious enough to let us keep our purchases. 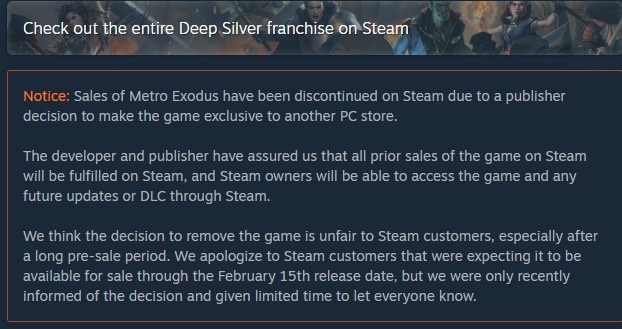 What is Epic Games doing for Developers?

So here is how Epic helps Developers out: 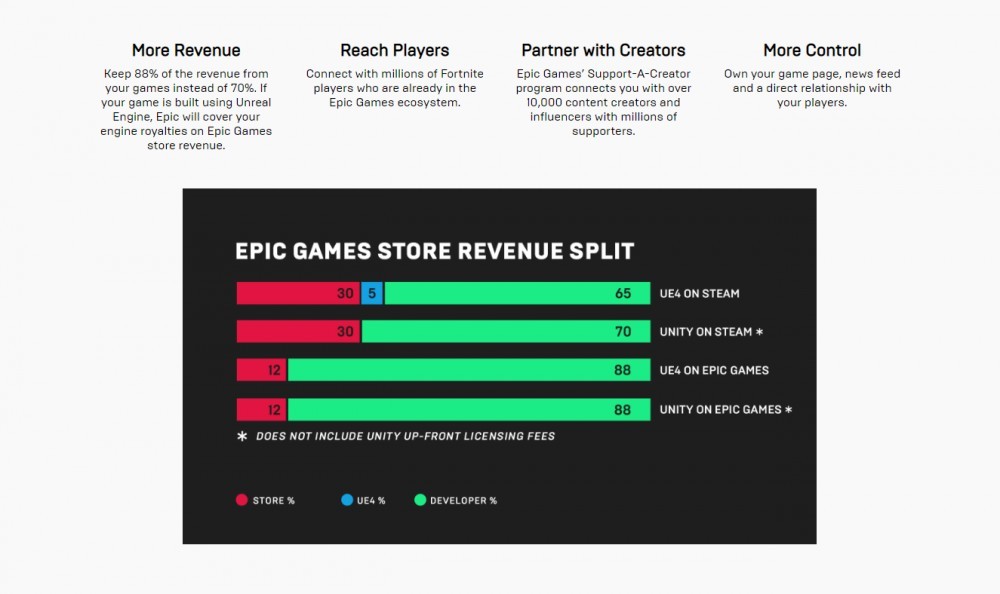 I actually like that developers get more of a cut and I completely agree that they should seek out those kinds of deals; this means that they get to put the extra revenue back into their games and make them better! Big win for everyone!

It’s actually really good, because this also means that they can charge us for a lower price if we went to Epic rather than Steam. When it was available on Steam, we were charged $60 just to pre-order the game! Now here’s Epic’s offering: 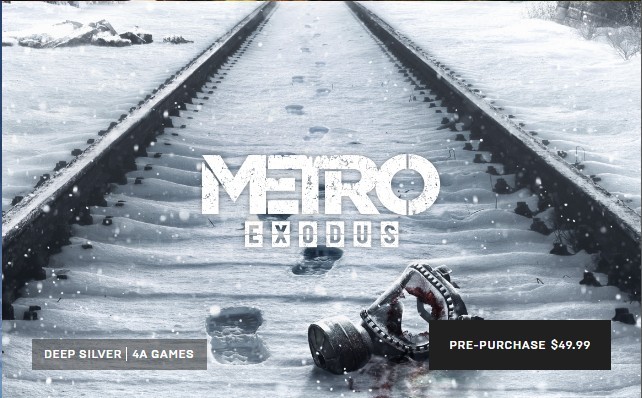 That’s $10 less than usual! If I’m a stickler for buying at launch, I’d do that. (Although I don’t anymore to save money.)

If someone told me this earlier, I’d be ok with this… But it’s still many levels of wrong.

I downloaded the Epic Games Store a few weeks ago in order to download a few free games featured on it. I’m just a bit disappointed by the lack of features. Ok, that’s a lie. Epic currently doesn’t have features that I consider very vital. Being able to access my games and continue off where I was at from different platforms (from desktop to laptop, for example) is pretty important to me. Sharing games with my closest friends and family is really important to me as well. I was able to discover Slay the Spire from my fiance because he was willing to share his library with me; I shortly bought the game after. I think being able to share games is a great way for a game to reach a wider audience (after all, that’s what mostly a lot of indie developers want to do). But these are not what I think is vital for a game distribution platform, although they are still quite important.

The fact that the Epic Games Store lack user reviews, content sharing, wish lists (a huge one for me!) and a place for users to congregate is a huge epic fail. User reviews allow gamers to share their opinion if a game is worth their money or not and it is a huge driving factor in how gamers spend on their games. (It’s always nice to rely on feedback, but it can be prone to abuse thanks to review bombing in both directions.) A wish list is very important to keep users informed of an opportunity to get their game at a discounted rate! I use this all the time, especially since I’m super frugal about my spending. Also, the lack of forums for sharing content or asking for help is rather disappointing because gamers want to share content, their feelings and even ask for help. There’s no real place to do that on the Epic Games store.

I’m already peeved about the lack of features and I absolutely don’t want to have another place to download my games from. I am, after all, inherently lazy. If Epic actually had some cool things and features, I might consider using it, but it really doesn’t, aside from the free offerings. What really makes me mad is how they steal developers away.

Exclusivity is a Problem

While I’m perfectly fine with Epic offering better deals for developers, depending on their contract, Epic may have forced them (developers or publishers) into a binding agreement which can affect distribution. By locking games into a certain platform, this is actually really bad for the developers, who want to reach a wider audience (and thus, more sales) and for us, the consumers.

A Brief History in Exclusives

Games were always limited by the platform. So it came as no surprise when gaming started to become more popular, so too were the number of platforms. Starting in the 90s, we were seeing fierce competition between Nintendo’s Super Nintendo and Sega’s Sega Genesis. There were games that were available to both consoles, like Mortal Kombat and Double Dragon, but each had their exclusives such as The Legend of Zelda: A Link to the Past and Sonic the Hedgehog. Entering the 3D gaming era, there was fierce competition between Nintendo’s Nintendo 64 and Sony’s PlayStation consoles, which means both companies now have to fight for software developers to publish on their console. Sony did not have the reputation that Nintendo had at the time, being that they exclusively made other electronics at the time and that Nintendo have their own brand published exclusively on their platform, so they really fought hard to secure deals with third party developers. For example, Final Fantasy developers Square (now Square Enix) used to publish on Nintendo consoles, but now they develop and publish for Sony. Due to these under the table deals, one can surmise that the amount of fanboyism between the consoles can be called the “Console Wars”.

Note that I did not even mention a peep about PC games. PC gaming is unique and thanks to the internet, it is very flexible. Because of that, PC gaming is very wide and can cover many things, ranging from typical CD programs to being played right from your browser! (This was one of the reasons why I went to from console gaming to PC gaming.)

Anyway, by locking a game into exclusivity, you have to run into the risk of seeing if your platform can reach the intended audience. There is a reason why that despite both EA and Ubisoft having their own original platforms to launch their games from, they also sell their games on Steam (while still linking their platform, of course!). Steam commands quite a monopoly over the PC gaming audience and for good reason too. If another game distribution platform (like GOG Galaxy, which features DRM-free downloads) offers really sweet things in return, Steam would be forced to improve their own platform as a result.

What does this mean for us?

As consumers, we have to be wary of this crap all the time. We’ve already seen it in the console market. If I see a game I want from a particular publisher (say, Super Mario Odyssey), I would be forced to pick up a Nintendo Switch if I don’t have one already. Consoles are bloody expensive, as you can see for the Nintendo Switch. (Affiliate link here. If you do buy something, I will get something in return. More at my Affiliate Disclosure. Also, I encourage you to search Amazon for the other consoles too!)

The fact that Epic Games chose to go down this path is rather disappointing but it raises a lot of eyebrows. This creates a false funnel that gives Epic Games nothing to go on once their Fortnite money runs out (not saying that it would, it is still a very popular game), which in turn does not create any value for us.

Consider this: because of its exclusivity deals, games like Metro Exodus can be charged at any amount Epic (or the developer/publisher) decides on! That’s because there are no competitors to force the pricing of the product! That’s not all either! We are also at the whim of the distributor because we may not be able to meet certain requirements for refund, if they offer any at all. After all, a good example of this is Bethesda’s Fallout 76, launched exclusively on their own platform where they refused to issue out a refund after their disastrous launch.

My take on the situation

This is just me, but I’m a peeved gamer. As I’ve said before, this is completely bullshit and I’m just calling them out on it. I don’t like being limited in my choices of buying games (especially if it allows me to shop around for awesome deals) and I think a bit of competition is a good thing. (Steam needs it anyway!) However, the way that Epic Games is going into creating that competition is the wrong way of creating that competition.

I won’t be buying from Epic Games anytime soon. (But because I’m a stickler for free games, I’ll pick up the free offerings that Epic posts anyway!) What’s your take? Reply in the comments below!

Need to find something? Find it here!